The “Tribes of Love:” Universal Way Showers of Higher Consciousness 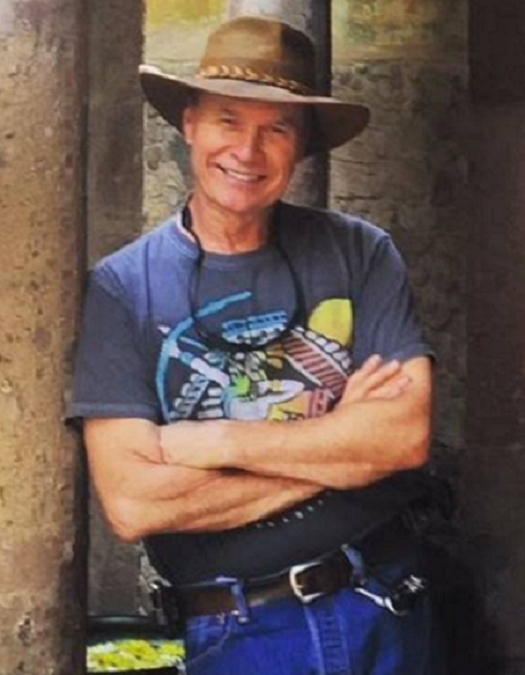 All down through the ages practitioners, shamans, saints, and sages have served as mentors and way-showers of higher consciousness; bearers of universal truths that elevate the individual ego-self into vaster, more interconnected states of being. This upward migration of self produces powerful inner awakenings of love, compassion, gratitude, and contribution; elevated expressions of universal interconnectedness and the unifying spirit of wholeness. This elevation into what might be called our “higher self” is accomplished through the mentor’s artful guidance; a masterful balance between offering potent external influences and compelling internal explorations. And while this two-fold mentoring process may appear to be arbitrary, I believe it is guided by a universal architecture designed to advance the evolution of higher consciousness.

Evolution of Human Consciousness Blueprint
This higher consciousness “blueprint” is much like the well-established DNA architecture that contains a vast array of genetic formulas and algorithms; predetermined pathways of development designed to guide and shape life’s evolutionary processes. Another way of understanding the role of these two complementary blueprints is to consider them to be navigational roadmaps; one for the advancement of human consciousness, and the other for the development of the human species. (Click here for an image of this blueprint.)

While this correlation between nonphysical and physical evolution may seem like a leap of faith for some, there is a wealth of scientific evidence in the field of Epigenetics to validate the linkage. Just as the physical characteristics of a species can be genetically shaped into higher life forms, so too can human consciousness be mentored into higher states of being. Leading-edge genetic research has shown that personality traits and their accompanying emotional and behavioral tendencies are not only partially determined by epigenetic encoding, these same genetic codes can be intentionally modified by the individual for their own benefit and advancement. These epigenetic modifications are brought about by engaging in consciousness-raising activities such as yoga, meditation, rites and rituals, and a wide variety of self-awareness enhancing practices.

While the human psyche is capable of generating a myriad of unique and varied expressions, every variation arises from a collection of common identity-based faculties. Every psyche, regardless of its unique characteristics possesses generic forms of consciousness, cognition, emotion, history, imagination, etc. It stands to reason that these common forms would also be guided by a generic roadmap for their evolutionary development. I believe those who contribute to the advancement of human consciousness intuitively access aspects of this roadmap, and knowingly or unknowingly put into practice many of its universal principles. (To learn more about this consciousness blueprint refer to the book, Travelers Within: Journeys Into Being Human and Beyond.)

Shedding Light On The “Universal Tribes of Love”
The “universal” aspect of these tribes and their mentors refers to the collective wisdom and good intentions they all share, as well as to the possibility that we humans may not be the only sentient beings existing within the expanse of the cosmos. With billions upon billions of life-sustaining planets and moons populating our universe, the chances of other conscious life-forms evolving along with us is extremely high. And in terms of the “love” referred to in the title; it points to the benevolence of these universal way-showers and to their shared virtues of honoring and serving all life forms.

The physical and cultural origins, historical profiles, and areas of expertise for these tribal mentors are as diverse as their individual characters. And yet there is something else “universal” about them I wish to discuss that has to do with the fundamental origins of their wisdom and expertise. While the contributions of these tribal mentors manifest within the familiar dimensions of matter and time, I believe the source of their inspirations arises from the other two dimensions of energy and space. (I have for many years held the belief that for those who overlook the mysteries of energy and space, life is nothing more than a matter of time.)

The dimensions of energy and space serve as the fabric of all creation; the animating forces responsible for infusing life-force energy and consciousness into all sentient beings. Practically speaking, elevating the energetic and spatial faculties of human consciousness translates to increased vitality and capacity, two main contributors towards attaining greater self-awareness. While not all mentors and way-showers focus on vitality and capacity in their practices, I suspect they maintain a healthy respect for them and consider them essential to the advancement of human consciousness.

An Invitation To Collaborate
Bringing the reality of the Tribes of Love down to Earth, those mentors and way-showers making their benevolent contributions to the world have up until now, for the most part, done so within their respective geographies, cultures, and philosophies. But this approach is rapidly changing as the importance of collaboration becomes ever-more apparent. It is within this collaborative spirit that those of us who are actively conducting service work in the world invite you to join us. This invitation isn’t exclusive to our specific tribe however, as it includes any of the other wonderful tribes, groups, and movements dedicated to a similar mission.

For those interested in learning more about our tribe of mentors and way-showers in particular, we are currently in the process of building strong alliances with many global leaders as well as creating a cloud-based communications and information platform that will allow us to collaborate on a global scale. It will also feature the individual mentoring work of all our participating tribal members and make their services instantly available to the world’s population. We plan to have our platform fully operational by the end of 2021. In the meantime, we invite you to get to know us and join us in our mission to collaborate with many of the world’s most influential mentors and way-showers. We can be found at: www.travelerswithin.com. Blessings and love to you! ~ Val Jon

I have followed the work of Val Jon for nearly 30 years and have always been impressed by his ability to express complicated ideas in a way that is understood by people of all backgrounds and beliefs. I highly recommend any of his books or workshops. – John Thompson

I have known Val Jon and his work for quite a while and have worked deeply with him in person. This book is a summary of all that knowledge and experience. It is beautifully written and takes the reader on a journey of healing and transformation. Val Jon’s work had a profound shift for me in my work and my relationship to my son. Saying he saved my life is underestimating his power. This book is a major force for healing. – David A. Couper

Val Jon has been on a journey for a long time and has been providing a depth of wisdom, healings and teachings throughout his life. Travelers within is a culmination of his work…not for the beginner in a journey of inner healing, but a deep dive into the depths of our soul, aligning our 3D-5D realities and much more. His wisdom is invaluable, his heart expansive in teaching ourselves how to go deeper and grow wider…a must-read for anyone wanting to dig into themselves and tap into their infinite self. – Pilar Stella Ingargiola

Having known Val Jon for more then twenty years, I was inspired and moved by his spiritual nature. Our top experience was held in Machu Picchu, on a divine journey, described on his first book. As a writer he moves mountains by encouraging people to get out of their comfort zone and explore the unknown universe. His book is a powerful way to start your travel within. Enjoy it! – Alberto Golbert

To be perfectly honest, this is not an easy journey for the neophyte of self-exploration. But, we can learn so much signing on to this professionally guided, hand-holding, rough & tough look into ourselves. Most of us will have to experience the teaching again and again to break-through some of our personal hangups, self-sabotage traits & discover the ‘why’s’ of who we are…but to be the best we may be as individuals & discover empathy for why others may be who they are, it is well worth the hard work & travel within. Val Jon Farris makes the time spent not only FUN! & life-changing, but intellectually stimulating. – Cynthia E.

I haven’t read this book yet, but I traveled to another country to participate in a personal growth workshop, led by Val Jon (the author). Val Jon spent his life working to find his own self, and shares that information is a wonderful, caring and kind way. I’ve attended dozens of personal growth and spiritual seminars, and I can honestly say Val Jon’s work is completely different and a fresh approach. I am sure his book will be as fabulous as he is! – Brenda F.