Connecting With Our Higher Self: Doing The Work of Transformation And Transmigration 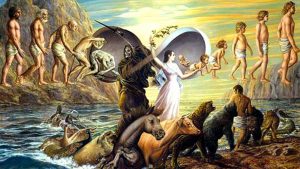 “Mindfulness, Connection, Transformation, Personal Responsibility” . . . these are familiar notions to those of us who have faithfully participated in the personal growth movement since it blossomed in the 60s and 70s, and continues to flourish today as a $40 billion per year industry. (Source)

Along with the introduction of Eastern thought, esoteric metaphysics, and rigorous German philosophy, popular programs such TM, est, Lifespring, Actualizations, and a host of others pioneered deep insight into the inner workings of its students. While mainstream society judged, (and still judges) these programs to be cults, brainwashings, and scams, the millions of people who’ve participated in them claim their lives have been profoundly changed in terms of experiencing greater degrees of happiness, fulfillment, and achievement.

Having been intimately involved in both attending and facilitating a number of these programs when they first emerged, as well as pioneering my own programs for the past thirty-five years, I have a lifelong connection with many of the people involved in the industry and a deep love and respect for what we fondly call “the work.”

Personal growth work can best be understood through its four organic stages of development. Much like how life itself evolves, we humans grow within a dynamically structured development path. An example of this is how a simple house plant evolves; starting with seed germination and its Emergence from the soil, followed by its Presence above ground, then Transcending its own growth cycle by blossoming, and finally, surrendering its well-established identity and migrating its life force Essence into seed, thus completing the sacred cycle. These two latter stages of Transcendence and Essence are what ensures the sacred propagation of life, as well as the vital process of recreating transformative awakenings within others, and more importantly, within our future generations. (These four stages of evolution are key aspects of the “AwarenesSphere Model” outlined in my book, Travelers Within: Journeys Into Being Human And Beyond.) 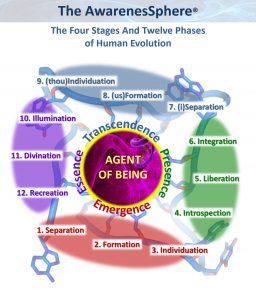 The first two evolutionary stages of Emergence and Presence pertain to the work of Transformation, (the main focus of the personal growth movement over the years). The second two stages of Transcendence and Essence, however, have to do with work existing beyond the scope of Transformation. This little-known frontier is called Transmigration. (“Trans” means “across” and “migrate” means “home.”)

In addition to the essential work of evolving the “form” of our self, (transforming our identity-based personal), the work of Transmigration is about migrating our sense of self beyond itself and into a larger context of awareness I call our “Agent of Being” or “Higher Self.” In other words, much like the radical process a plant goes through when it surrenders its personal plant-form and migrates into a totally new place of “home” called its seeds, Transmigration is about surrendering the self we have painstakingly transformed into a larger, inter(connect)ed presence expressed as a “cosmological selfless;” an omnipotent collective relatedness with everyone, everything, everywhere.

While I have devoted many years to charting, navigating, and facilitating the work of Transmigration, I don’t claim it as my own. This little known frontier dwelling beyond the terrain of Transformation has been practiced for centuries by esoteric societies and shaman-based cultures such as the Mesoamericans, Syrians, Essenes, Gnostics, and Druids. This deeper migration of self, however, has never been for the masses but rather reserved for a very small cadre’ of “inner travelers” who have fulfilled the charter of personal Transformation. That vital fulfillment of form nudges us towards the threshold of total surrender of self, and across into the extraordinary landscape of the beyond.

An easy way to grasp this distinction between form and home is that the former is about opening to, and fully “being with our self,” and the latter is about “moving beyond our self” and reuniting with our higher and vaster collective nature. ~ Val Jon 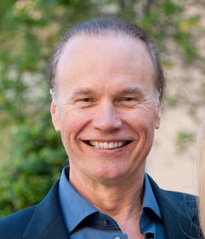