The “DNA Blueprint” For Our Evolution
The “AwarenesSphere” was developed over a thirty-year period by Val Jon Farris while facilitatinghundreds of personal-growth workshops and courses. The model serves as a powerful “inner roadmap” for our human and spiritual evolution. (Learn more about this AwarenesShere by reading his book, “Travelers Within.”)

The “Awareness” part of the AwarenesSphere’s title refers to the development of our higher faculty of Self-Awareness as we navigate our way through its Four Stages and Twelve Phases. The “Sphere” portion of the title pertains to two key characteristics of the model. The first is that the terrain of the human psyche is “volumetric” rather than linear. Volume equates to dynamic capacity as opposed to linear storage or sequencing. What this means in simple terms is that while the process of traveling to our inner higher ground may appear to be a sequential and linear process, (from one Stage and Phase to the next, to the next) in actuality it’s not the case. Just as unexpected leaps in genetic advancement exist in Darwin’s Evolution of the Species, similar nonlinear leaps of consciousness can and do occur as we travel through the terrain of the psyche as it is charted by the AwarenesSphere Model. 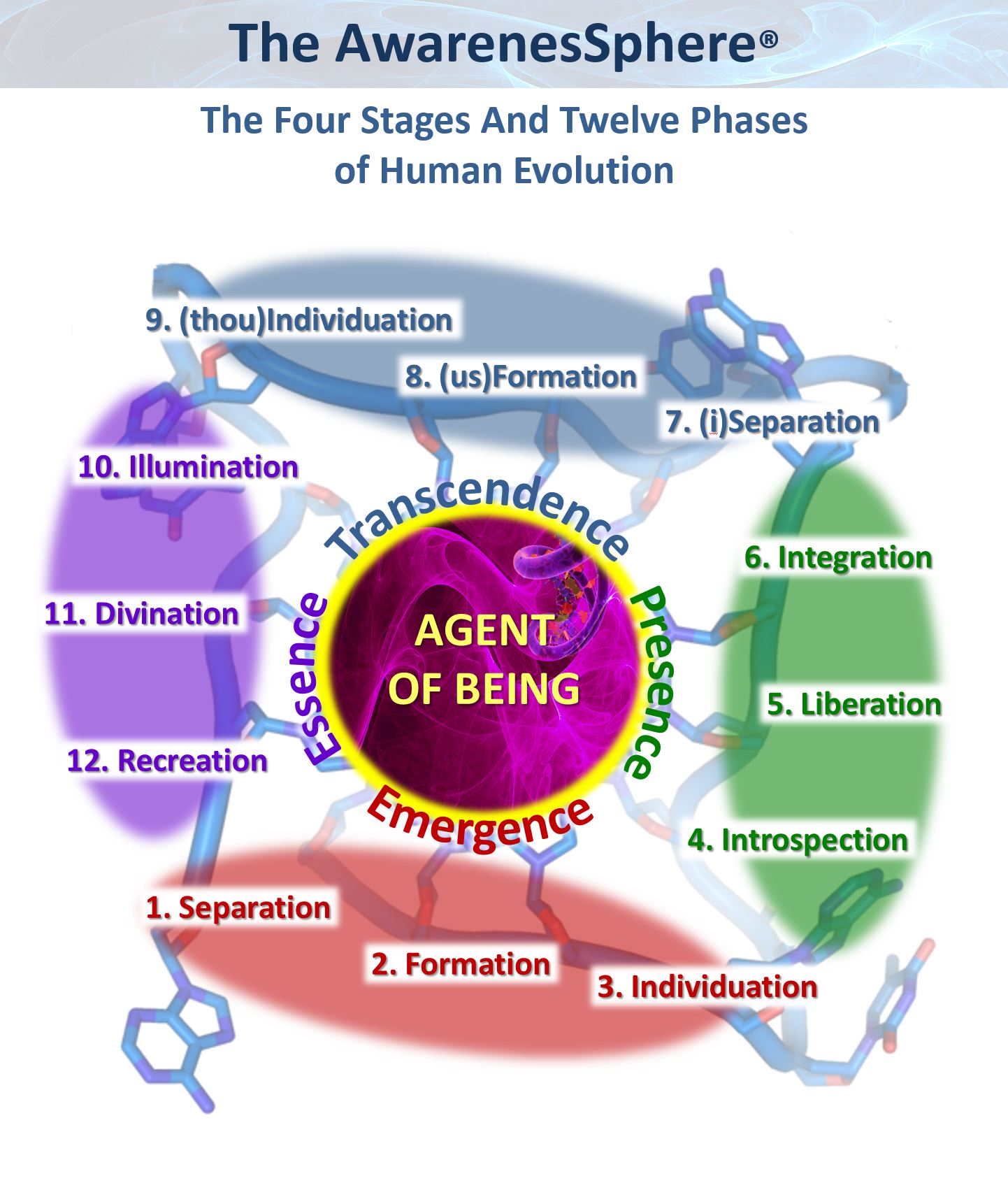 The second characteristic is that the model’s suffix title of “Sphere” refers to a kind of “contextual container” with the traits of an infinite traversable spiral. In other words, its terrain is ever-evolving and has no idiscernible beginning, middle or ending. This can be likened to what leading-edge quantum mechanics and astrophysics is revealing about the infinite nature of the cosmos at both the micro and macro levels. Rather than being a circular process in which the map’s terrain starts over again once we’ve come full circle around its charted terrain, (where we initially began our journey as newborns) it possesses a dimensional quality of delivering us into ever-higher levels of understanding and ever-deeper domains of wisdom with each rotation we traverse.

The other important characteristic is that much like the stellar properties of a star, its core energy source emanates from its self-generative center. This is a crucial point to understand in that our inner “Agent of Being” is an omnipotent phenomenon that draws upon its own power source rather than relying on external sources.

In terms of psychology, the closest body of work to the AwarenesSphere Model is that of Carl Jung’s writings on the “Collective Unconscious,” a mysterious inner subconscious landscape comprised of archetypal forces acting upon us without our conscious awareness. While Jung’s life’s work is far more extensive than what Val Jon puts forth in this book, this powerful roadmap of the human psyche is a useful contribution to the field of psychology and personal growth.